Golang Interface: How to Successfully Evaluate the Best Interface for Your Needs

Discover how to successfully evaluate the best Go interface for the needs of your application or software development project in this guide by GogoApps. 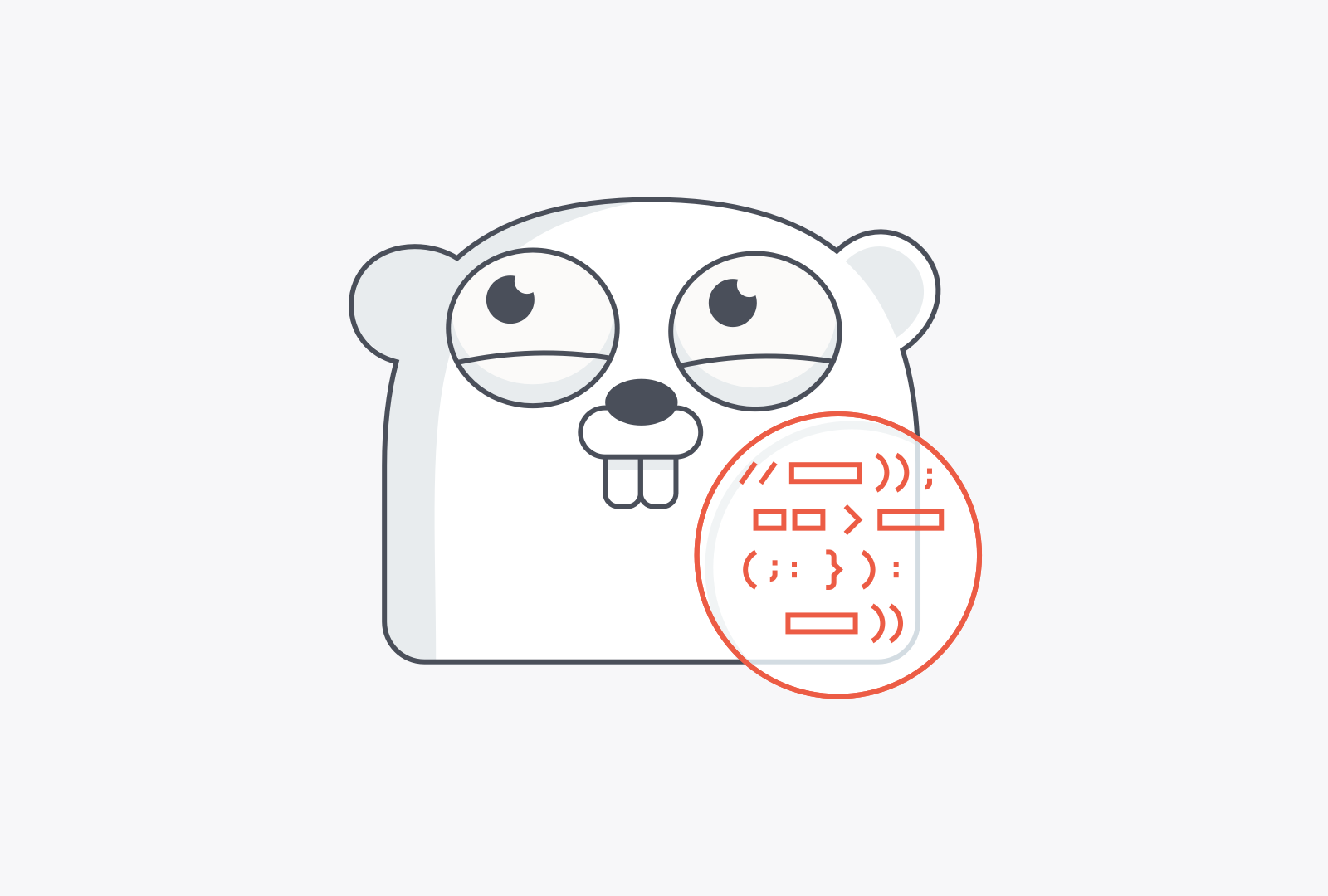 As an application developer or software engineer, there’s a lot to consider when building, testing, running and maintaining a new digital creation.

Understanding your target audience and knowing how your new app or software will be created is essential for working with a software development agency to design and implement a quality, high-performing digital solution. Having a firm grasp of the key tools available allows you to play an important role in the development, configuration, testing and implementation stages.

So, how can that be achieved? And could Go be the answer to your application or software development needs?

Continue reading as we explore the ins and outs of Go, the benefit of using Go in your next project and it’s key distinguishing features. We’ll also explore if Go really is the future of software engineering.

Golang at a Glance

Go (often referred as ‘Golang’) is a robust system-level language used for programming across large-scale network servers as well as big distributed systems. As an open source programming language, Go is designed to make it easy for software engineers and developers to build simple, reliable, and efficient software.

Initially created by a small team within Google, Go has since emerged as an alternative to Python, Java and C++ by providing app developers and software engineers with a programming tool that is expressive, concise, clean, and efficient.

Go’s purpose is to improve the working environment for its designers, software engineers and their coworkers. It’s about programming language design that serves the purpose of facilitating software engineering.

Why was a new programming language needed?

A new, alternative programming language was needed for a number of different reasons. At the time Go was designed there were three key languages common inside of Google - Python, Java and C++. Each of these languages were powerful in their own right, but Google faced some serious limitations due to the history and design of these languages.

For example, Python is very easy to use, but being an interpreted language means that running applications at Google’s scale proved difficult.

Java is very quick, but despite starting out as a simple language its type system has become increasingly complex over time. While this is a natural trend that a lot of programming languages go through, the additional features and use cases layered into the language made it difficult for software engineers to navigate as the language matures.

Like Java, C++ is very quick, but it also suffers from a similar complex type system. On top of that, its compile times are notoriously slow within circles of software developers. Inheriting the burden of 10 years worth of the legacy code has resulted in the increasing complexity of the language.

Go was designed in response to these growing issues. As a fast, statically typed, compiled language Go works hard to address the needs of a changing application and software development landscape.

Interfaces don’t describe data, they describe behaviours. In coding terminology, interfaces are a ‘Type’. An interface Type can be understood as a set of method signatures - which act just like a definition. Instead of entering different data types or data fields that are to be stored in an interface, the interface stores method signatures (definitions).

In short, a Go interface is a collection of method signatures that a Type can implement by means of using methods.

For those reasons, a Go interface is an abstraction with physical and temporal attributes removed to allow for more focus on details of greater importance. By having the ability to focus on what is important without consequence, abstraction can help developers create complex systems.

To implement an interface into a concrete type, all the developer has to do is provide the methods with the same signature that is defined in the interface Type. This performs the user’s intended action and activity.

An interface is implemented by creating a method on the Type that has the same signature. Where Go interfaces are concerned, developers don’t need to explicitly say the interface is being implemented. Also known as Implicit implementation, this is one of the key features that makes Go such a unique and robust coding language tool for developers.

In most other coding languages, developers need to use a syntax or keyword to indicate that they’re implementing an interface, but this doesn’t exist in Go.

In Go, when an interface is created, there’s no explicit declaration of intent and no "implements" keyword. Implicit implementation allows users to defer the creation of an interface until the exact time it’s needed.

As such, interfaces can be defined to provide whatever implementation items the user wants or requires to perform a specific function for their needs. Go interfaces are flexible enough that they can be shaped to the exact need for their application, when they are needed.

Being a strong and statically typed coding language means that all variables have to be defined at the time of compiling. Go addresses this concern through composing interfaces. Composing interfaces is a far more preferable approach than attempting to create a large, one-size-fits-all interface.

Often, the bigger the interface, the weaker the abstraction will be. If interfaces can be broken down into smaller, even individual, interfaces they can then be composed together. With Go, interfaces can be embedded into one another to perform a specific and tailored function for a customer’s application or software.

Through composing interfaces, smaller chunks of the larger interface can be passed around the application or software with ease. When it comes to building, testing, and maintaining a digital creation, Go facilitates a greater movement of internal parts that makes the job of the developer much easier.

The smaller the interfaces, the more useful and powerful they’ll be.

If a large interface is needed to perform a specific activity within an application or in software, it’s much better to combine and connect a number of smaller interfaces together to create the larger interface. Using this method allows developers to provide a more personalised, bespoke service.

If you need one large interface on Go, you can compile many smaller ones to create it. While this is technically not a completely unique feature to Go, Go’s short compile times and built-in concurrency lends itself particularly well to the task.

The implicit implementation feature of Go also contributes to the benefit of the process. Without the need to explicitly define the interface before the function is performed, developers can use Golang to work backwards and break down interfaces into smaller ones.

Examples of How Different Go Interfaces are Leveraged

Some of the most powerful interfaces in Go language contain one or zero methods, with io.Writer and io.Reader being among two of the most commonly used, basic Go interfaces.

Io. is part of the package that provides basic interfaces to input/output (I/O) primitives. It’s primary function is to wrap existing implementations and abstract the functionality of other related primitives.

The read and write method basically means that the data can be stored or loaded respectively.

The io.Writer interface is the representation of an entity that allows a user to write a stream of bytes. Bytes is the means of implementing functions for the manipulation of byte slices (similar to strings). The io.Writer interface has one method, meaning it is a short, simple, and powerful tool in the arsenal of the software engineer.

The io.write method takes the most generic form of data, a slice of bytes. Regardless of complexity, any data type can become a slice of bytes. As a result, the io.interface method allows users to pass smaller chunks of the interface around the application with ease. By intentionally leaving so much up to the implementation allows for a greater degree of flexibility when using the interface.

Much like io.Writer, the io.Reader interface also has only one method. The io.Reader interface works by populating a slice of byte with data and then returns the number of bytes populated along with an error value. This particular interface is a robust tool that is useful for any software engineer dealing with streams of data looking to read directly.

What Makes a Go Interface Good?

Go is clearly a flexible tool that can meet an almost infinite number of different user purposes when interfaces are stacked, combined and compiled on top of one another.

The key features that make Go interfaces a great choice for application and software development is that it provides fast compilation and execution. This means that applications can be built efficiently and effectively. On top of that, implicit implementation makes testing early versions of applications a simple process, allowing for easy maintenance pre and post launch.

Is Go the Future?

While Go offers the ability to provide a flexible solution for developers and software engineers to serve the needs of individual companies and customers, it does not provide a ‘silver bullet’ to every problem. Yet, there’s no denying that Go is a productive and effective tool for software engineers.

Go was always designed with simplicity and concurrency in mind, and that’s exactly what it achieves.

Bolstered by the backing of the tech giant that created it, coupled with its own strands of individuality that distinguish it from other coding and programming languages, Go continues to grow towards a bright future in the world of software engineering and application development.

Discover Go development by GogoApps’ Go Team for hire to learn more about how our team of Go professionals can help you build, test and maintain your next digital creation.

We are a member of